Social media is strange. It’s been a strange idea ever since it first started – why would anyone ever need that many opinions flooding their lives? – and it gets weirder all the time, with worse jokes, longer rants and, as this post is about to prove, more badly planned branding showing up every time you blink.

Today’s weird came from House of Fraser, the shop that’s been on your high street since forever and sells clothes that your mum thinks you’ll look good in. In my head I have a very clear image of what House of Fraser offers, and that is overpriced Superdry merchandise and obscure boutiques that you’d never find anywhere else. I was happy with that understanding, I did not need it changing, I was content.

However, it would appear that House of Fraser’s marketing team were not content with that appearance at all. They wanted to do something to change such perceptions and, as is often the case with social media marketing, they got it horribly wrong.

Earlier on today they announced that they were coming over all emojional – yeah, that’s some top emoji wordplay right there – and spent the next few hours tweeting the kind of emoji speak that you’d expect your aunt to use on Facebook messenger. It didn’t make much sense, it confused me, and worst of all – it made me doubt what I thought I knew. I hate it when things do that.

Now it would be very easy for me to be sarcastic about HoF’s attempts to be hip and cool here, but as someone recently said sarcasm is the only tone of voice I know how to write in, I’ll ignore that powerful urge. Instead I’ll be all objective and analytical. Suck on that, doubters.

While House of Fraser might have jumped on the emoji bandwagon a little bit late, and while most of the responses to their tweets might have been mocking them for their poor emoji grammar, they’ve gained a shit load of engagement from it.

Yes, it was outdated, yes, it stank of an older relative trying to talk to you in a way you’d understand, and yes, it showed absolutely no understanding of the English language. But did it work?

Hell yeah it did, nonsense nearly always beats common sense. Good on you for trying, House of Fraser. I still won’t be shopping in your stores but that’s because of your massively over-inflated prices, and absolutely nothing at all to do with your bonkers social media approach.

On the other hand, BBC Sport, your social media team deserve absolutely no forgiveness for this: 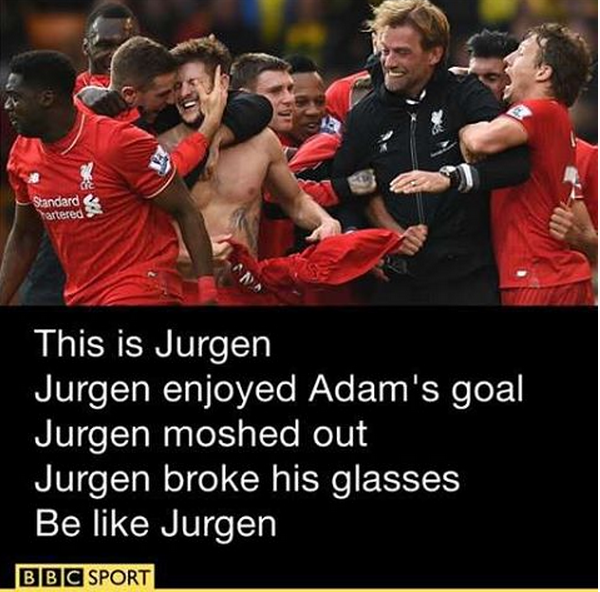 That Be Like Bill meme is the worst thing to happen to the internet since vloggers started believing in their own hype. Stop it, brands, it never was cool and you’re only going to make it worse.